Truckers as an Example 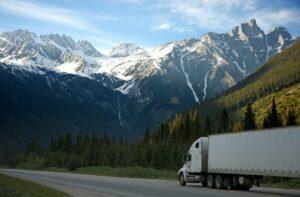 The trucking business is extremely complex and this brief discussion of it is vastly oversimplified but the key points remain: disruption in an industry has major effects years or decades after it occurs; and self-driving trucks and delivery vehicles are about to produce a disruption of unprecedented scale.

The trucking industry was deregulated in the 1970s and 1980s. The deregulation process changed the nature of truckers’ employment from a generally unionized workforce that worked for a limited number of major employers to a generally non-unionized workforce that includes a large number of independent contractors. While over-the-road trucker jobs increased from 510,000 in 1974 to 1.8 million in 2014, the unionized portion of those jobs declined from over 300,000 to less than 100,000 over the same time period.

Three decades after deregulation, the Central States Pension Fund is is paying out $3.46 for every $1 received and hampered by stock market losses in the Bear Market of 2008-9 according to the Washington Post. The potential near-term result? Retirement benefits cut by  an average of 22%, and up to a maximum of 70%, for 270,000 retirees. In the longer term, “This is going to be a national crisis for hundreds of thousands, and eventually millions, of retirees and their families,” according to Karen Friedman, executive vice president of the Pension Rights Center.

Deregulation is also squeezing trucker incomes as salaries have only risen from $32,500 in 1975 to about $40,000 in 2015 when simply keeping up with inflation would have pushed trucker income to $149,179.11 annually. This is making it difficult to hire over the road truckers with a resulting trucker shortage projected to be in the hundreds of thousands of drivers. One proposed solution is to increase trucker salaries to about $100,000 annually.

Self-driving trucks offer solutions to many of the industry’s difficulties:

Thus the trucking industry is poised for a second great disruption when self-driving over the road trucks and local delivery systems replace millions of human drivers. This disruption will not just reduce the contributions to union pension plans, it will affect any similar program, including Social Security, as well.

Social Security is not well positioned to accept such changes. Current projections show that benefits for all retirees could be cut by 27 percent in 2042 unless the funding system is reformed.

Twentieth Century thinking produces two solutions to these examples: federal government bailouts; and increasing the contributions (taxes) paid by the remaining workers. Both are dead-end streets. Even the federal government has finite resources and when the last human driver or worker is replaced by a robot, taxes paid by humans must end.

A far more strategic approach is to tax the robots, that is to say impose a tax equal to the retirement contributions a driver would have made on the robot that replaces him or her. This fundamental change in the focus of taxation, and even private pension fund contributions, is a viable alternative even if it is radical in its appearance. It would have three very significant advantages. It would: