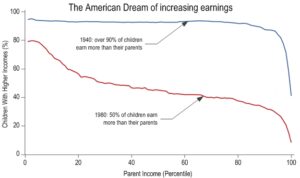 The Washington Post recently published two articles that effectively illustrate the double edged sword of advanced robotics. Ruchir Sharma’s December 2 opinion piece affirming that “Robots won’t kill the workforce …” conveniently, misses more than half of the issue by showing only the wealth production aspects of robotics. Ignoring all but a small class of robots only exaggerated the optimism of Sharma’s conclusions.

Automation and robotics have been  good at replacing human labor for repetitive tasks for a long time; the more repetitive the better. As time has passed, this replacement has evolved from simple controls to ever more complex actions and has vastly increased human productivity. This has led to the well documented divergence between production in the United States and production employment.

Jim Tankersley documented “the rest of the story” on December 8th when he pointed out that the “American Dream is collapsing for young adults” using income mobility research performed by Raj Chetty et al. It is distribution, as enabled by income, that has become the “mine canary” of the dangers posed by the Robot Revolution.

Simply stated, upward mobility, as measured by the ability of children to attain an income greater than that their parents enjoyed, has stalled and is now in reverse. A person born in 1940 had a 90% chance of improving her/ his economic status; one born in 1980 had only a 50% chance.

Even this relatively grim outlook is skewed to the positive by two factors. First, a disproportionate part of the 1980 generation’s success is concentrated in the very lowest incomes so that most Working and Middle class children face greater headwinds than the simple percentage would imply. Second, Chetty specifically considers only “non-institutionalized individuals” and so the 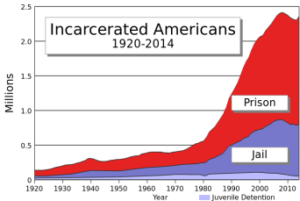 impact of mass incarceration, which has grown to almost 2.5 million people according to Wikipedia and disproportionately affects Working and lower-Middle class individuals, is neglected in the above data.

It is exactly the jobs on which the Working and lower-Middle class depend that the current wave of Robots is attacking. The round Kiva “movers” in Amazon’s warehouse are an excellent example of a sophisticated hardware-software combination replacing a large number of semi-skilled personnel (inventory clerks and warehouse workers) with a small number of highly-skilled ones (programmers, database administrators, and robot servicing technicians). Other examples abound: grocery store self-checkouts; Internet enabled search functions that find and dial a phone number; E-ZPass toll takers; ordering kiosks in fast food restaurants; the list goes on and on.

Sharma’s, sadly typical, ad hominem dismissal of “a chorus of neo-Luddites” and others misses the key point that the pre-industrial world of the legendary Ned Ludd had, effectively, infinite pent up demand for basic goods such as clothing. The twin bombshells of the cotton gin and steam loom were the overture to two centuries of unprecedented economic growth.

Increasing consumption requires consumers ready, willing, and able to purchase what is produced.

Consumers of Ned Ludd’s day were ready, willing, and able to purchase what was produced. Few had more than one or two complete suits of clothing so the desire to purchase was enormous. They were generally young and sudden increase in income they were enjoying made them very willing to spend their earnings to improve their life style above the subsistence level.  They were able to do so because automation vastly increased the value of their labor and employers were either willing to share in its bounty, e.g., Henry Ford’s willingness to pay $5 per day, or forced to do so, e.g., labor union actions.

Consumers in the industrialized world are generally not ready today because demand is effectively saturated. Our increasing population of aging consumers, who rely on fixed incomes, is generally not willing to buy enthusiastically. Our increasing population of consumers whose “good paying jobs” – jobs particularly well-suited to individuals with physical, rather than academic, skills on the production line, in the office, at the construction site, and over the road – are casualties of the robotic revolution not able to spend what they cannot earn. 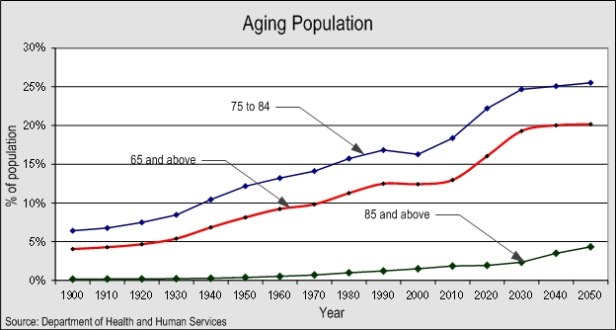 Income and consumption are only part of the issue, however, as pride and self-esteem are also casualties of the rise of the robots. Modern humans, especially in industrialized countries, heavily identify themselves by the contribution they make to society as a whole through their employment. “What do you do?” and “Where do you work?” are common conversation starters. Family names often show the importance of a person’s vocation: Smith; Baker; Weaver; Cartwright; Brewer; and Mason are but a few examples.

To quote Andrew Sullivan, “The deeper, long-term reasons for today’s rage are not hard to find … The jobs available to the working class no longer contain the kind of craftsmanship or satisfaction or meaning that can take the sting out of their low and stagnant wages.”
Peggy Noonan wrote about her and other people’s “2016 Moments” in the Wall Street Journal. “… my friend John [said] ‘I was struck as I walked along a neighborhood using the app that described the voters in each house. So many multigenerational families of odd collections of ages in houses with missing roof shingles or shutters askew or paint peeling. Cars needing repair.’”

Mr. Sharma is right that robots can produce opulence. The evolution to a world economy dominated by robotics is probably unstoppable, and may be beneficial as Mr. Sharma suggests. The new rules robots are creating to determine winners and losers are, however, laying waste to the fundamental economic and psychic worth of huge and ever increasing portions of our society.